„The idea of landscape: new ways of delivering Infrastructure”
Overlooking the Visual, Demystifying the Art of Design (2010) (OTV), offering a redefinition of the relationship between the senses and intelligence, argues that perception is not just close to intelligence, but is intelligence and this is what challenges the prevailing rationalist paradigm. It allows us to work independent of the idea that we need to engage or leap between different modes of thinking, constrained by the notion that there are fundamentally different types of truth or pre-linguistic starting points of thought. Having significant implications for the way we think about consciousness, the landscape and the design process, this provides a different philosophical agenda for theory, a strong conceptual basis for arts education and establishing the idea of landscape as the social/physical/cultural context of our lives, it lays the ground for a much broader field of design practice.

This paper will examine the challenges of this more expansive, interdisciplinary approach for the delivery of infrastructure, arguing that there is a clear need for a fresh look at landscape, a new philosophy with identity at its core, an innovative approach to the understanding of design as a critical, artistic practice and a holistic view of the landscape as the context for the processes of development – whether this informs the design of policy, regional transformation, city master-planning or the management of forests, parks and squares. Moving inquiry into the more ambiguous realm of ideas and expertise, it is evident that whatever the discipline, what is absolutely critical is the manner in which we practice – not simply the materials we use. it considers the implications of this approach through examples of a number of projects in the UK including HS2, the £52billion high speed rail link between London and Birmingham, Thurrock, North Warwickshire and Church Street, London.

Kathryn Moore, President of the International Federation of Landscape Architects (IFLA) and Professor of Landscape Architecture at Birmingham City University has published extensively on design quality, theory, education and practice. Her book Overlooking the Visual: Demystifying the Art of Design (2010) provides the basis for critical, artistic discourse. Her teaching, research and practice, set within landscape architecture have clear implications for architecture, planning, urban design and other art and design disciplines, in addition to philosophy, aesthetics and education more generally.
Chair of the pilot design review panel for the High Speed 2 (HS2) landscape guidelines, she has taken a lead role in redefining the relationship between landscape, culture and governance, finance, health and community engagement within the context of the Birmingham region and has been appointed as an independent national panel member of the HS2 Ltd Design Panel. The HS2 Landscape Vision (HS2LV) initiative she is developing, described as being “…in the spirit of all the great landscape evolutions in the country, seizing an opportunity to reinvent and rekindle the connection between the people and the countryside in a way not seen for decades” by Andrew Grant, Grant Associates, (winner of The RIBA Lubetkin Prize in 2013), is of international interest.

HS2LV and her later study, the Tame Valley Landscape Vision, recently discussed with the Secretary of State for Transport Rt Hon Chris Grayling and the Chair of the Environment Agency, Emma Howard Boyd are to be considered by the Combined Authority in the West Midlands in the context of the long term transformation of the region.

Responsible at Salford City Council for the award-winning Landscape Group, her design work includes the re-visioning of Salford Quays and significant and widespread derelict land reclamation, urban regeneration, public realm creation and landscape management. After moving to BCU in 1988 she worked with Gillespies and Camlin Lonsdale before setting up her own consultancy, Design Muse in 2007, working with Martha Schwartz Inc, for the Living Landmarks Big Lottery Fund bid for Birmingham City Council and with Lovejoys, Birmingham for the design of major new public realm adjacent to Nottingham Castle, a park in Leicester and the creation of an urban vision for the Black Country, which evolved into a study of regeneration catalysts. Advising UNESCO on the feasibility of an international landscape convention, has worked with the Council of Europe to evaluate the implementation of the European Landscape Convention and is a juror for a number of international competitions including Golden Square, the Jewellery Quarter, Birmingham, the Olympic Velodrome, London, the Seoul Yeouido Riverside Park, Korea and the New Birmingham City Park, UK. As president of IFLA she leading the modernisation of the organisation and is a founding partner of the World Design Summit to be held in Montreal in October 2017. 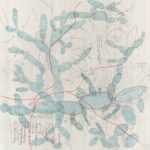 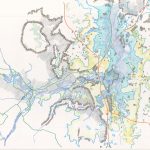 All sessions by PROF. KATHRYN MOORE