Theatre ‘The Kampanje’ is the new cultural centre and playhouse of Den Helder, located in the city’s old naval yard ‘Willemsoord’. The project transforms a collection of maritime buildings, which have been inaccessible for over 170 years, by introducing new public functions such as a concert hall, flexible performance spaces, an art centre, offices and a restaurant. Inspiration for the design is drawn from the identity and character of the historic buildings, an interplay of structure, craft, public space, docks and water.

In order to maintain the unique character of the interior and exterior spaces, the design is restrained, with careful consideration undertaken for any changes made. To ensure the spatial experience of the grand historic halls, an auditorium has been designed of glass. This characterizes the additions made, with an emphasis on transparency that stands opposite the introverted nature of the existing historic fabric. Nevertheless, the auditorium sits a naturally within the protected building, with the use of glass creating long sightlines across the hall; seeing and being seen becomes a guiding theme throughout. This conviviality is part of the traditions of the theatre, with the social aspect often just as important as the performance itself. The strength of the intervention lies in the precision of the restoration, combined with the radical nature of the additions.

The plan has also an important urban component, which will give fresh impulse to a forgotten edge of the city. By situating the main entrance toward the centre of the site while adding secondary access to the city at the side, a lively public path is created, along which various elements of the programme are organised, restoring the connection between the city and sea.

Frits van Dongen completed his studies in Architecture at the Delft University of Technology in 1980. For his first commission, the Natal residential complex in Rotterdam, he established his own practice in 1985: Van Dongen Architekten in Delft. He was a co-founder of de Architekten Cie. in 1988, in which he has been a partner until 2012. In August 2011 Frits van Dongen was appointed Chief Government Architect of The Netherlands. As a result, Frits van Dongen left the ArchitektenCie in 2012 to allow the ArchitektenCie to participate in Government projects. Together with Patrick Koschuch he founded Van Dongen-Koschuch Architects and Planners in 2012 and is active in this collaboration ever since.

Frits van Dongen is driven by curiosity and an open, critical mind. His analytical approach creates unusual perspectives which often lead to unexpected solutions. Van Dongen’s architecture is characterized by a strong urban identity. The iconic nature of residential building The Whale in Amsterdam, the unparalleled variety of housing typologies in the ensemble ‘De Landtong’ in Rotterdam, the flashy aura of the Pathé ArenA multiplex in Amsterdam-Zuidoost and the dramatic machinery of city theatre ‘De Harmonie’ in Leeuwarden serve to illustrate the dynamic interaction between Van Dongen’s buildings and their context. The ‘Conservatory of Amsterdam’, one of his most recent cultural buildings, has been recipient of numerous citations and awards. This project has also been a major contributing factor to his being given the oeuvre award: the ‘BNA-Kubus’. Van Dongen has also managed to apply this interaction between architecture and urban development as an instrument for new dynamism in urban development projects such as ‘IJburg’ and ‘Funen’ in Amsterdam, Bolzano in Italy, the Bayfront in Toronto, Canada, and the Gangnam District in Seoul, Korea and A101 Urban Block in Moscow, Russia.

Together with Patrick Koschuch the portfolio grows steadily with the realization of cultural and residential buildings such as the Art Cluster in Nieuwegein (2012), the Pop venue in Venlo (2014), Theatre De Kampanje in Den Helder (2015). Current projects under construction are the Boston & Seattle residential towers in Rotterdam, the Kopblok Housing tower in Amsterdam, the Musis Sacrum Concert Hall in Arnhem and the Spinoza Hyatt Regency Hotel in Amsterdam.

Van Dongen regularly lectures in the Netherlands, Europe, the United States and Canada. He has also been a guest professor at ‘Universitat Internacional de Catalunya’ in Barcelona, ‘Universidad Politécnica de Madrid’, ‘Universität Konstanz’, Delft University of Technology and at the Academy of Architecture in Amsterdam and Rotterdam.

AWARDS OF THE SPEAKER: 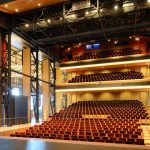 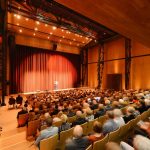 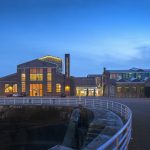 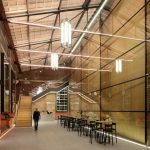 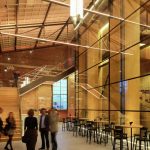 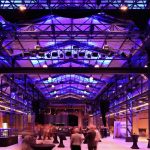 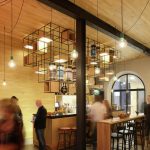 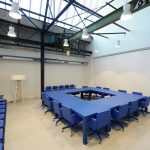 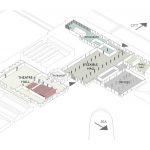 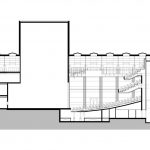 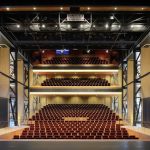