The Care Implant Dentistry dental clinic occupies part of the ground floor of a commercial building located in one of Sydney’s most emblematic streets.

The clinic is organized into two distinct areas: one dedicated to general practice, and the other to surgical procedures, which the project articulates through two reception areas with separate entrances. The articulation between both receptions is performed through a structure composed of suspended wooden blades, functionally separating both lobbies while maintaining a visual connection between them, and, simultaneously, concealing the infrastructures that run along them.

The remaining space happens around a central corridor that connects all the clinic’s parts: examination rooms, surgery rooms, client areas and technical areas. In the centre, a transparent glass core volume allows natural light to penetrate into the space.

While a functional program of this nature – where the clinical procedures executed imply strict technical guidelines – necessitates the creation of imminently functional, aseptic and neutral spaces, it was our intention to ensure that Care Implant Dentistry was also a sophisticated, memorable and comfortable space. To this end, the project seeks to take visual advantage of health spaces, placing emphasis on the elements that typically compose them and conjugating them so as to stage a space that transforms the clinic into a visually strong place.

After working in various international architecture offices, he founded Pedra Silva Architects in 2003. Since then, he has been the author and general manager of numerous architecture projects, including retail and health, residential and office buildings. He is a member of the Portuguese Board of Architects and of the Royal Institute of British Architects.

Luis is committed to promoting progressive, social and ecological ideals within complex projects; he is a passionate advocate of contemporary, innovative and interdisciplinary working methodologies and also presses for appropriate client relationships, which support the project’s true intended outcome.

Luis is the founder and main partner of Pedra Silva Architects, being responsible for overseeing the practice’s core values, philosophy and brand identity, working to build relationships and strengthen office’s profile, nationally and internationally.

Pedra Silva Architects is a Lisbon based full-service architecture studio dedicated to various projects, providing architecture, interior design, landscape and graphic design. We design each project as its own work, serving it’s specific objectives and needs, offering not only an exceptional degree of architectural and urban design, but also an extraordinary level of technical quality and a rigorous cost control.

Our practice is dedicated to the deepest level of involvement in the design of our buildings in order to deliver projects which meet the highest possible standards of excellence. Our work is characterised by strong conceptual legibility, innovation and a rigorous approach to detailing, all underpinned by the principles of humane, enduring and sustainable design.

Our projects and bindings have been recognized by numerous nominations and awards, earning a nomination for the Mies van der Rohe Prize in 2004, a shortlisting for the FAD Award in 2007, and winning the Premi d’Architecture dels Socis Arquinfad in the same year. More recently, we won the Archdaily Building of the Year prize in 2011, were awarded with a Special Mention at The Plan Awards 2015 (Offices category), a Highly Commended mention in the World Architecture Festival 2015 (Offices category) and also with the winner of the IIDA – The Best of Asia Pacific Design Awards (Healthcare category).

Pedra Silva Architects is member of the Portuguese Architectural Association and of the Royal Institute of British Architects. 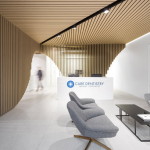 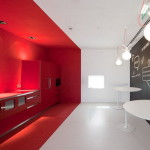 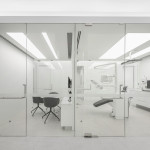 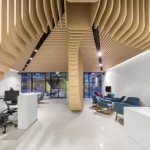 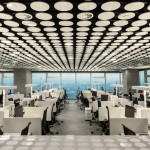