Paloma Hernaiz, founder of OHLAB Architecture Lab will present at the GIS conference in Bucharest, the MM house in Palma de Mallorca, a project that couples latest technology techniques with an elegant design reminiscent of Jorn Utzon’s Can Lis house.

Having received her diploma in Architecture from the ETSAM in Madrid and a Master in Advanced Architectural Design from Columbia University in New York, Paloma Hernaiz pursued her research at the Royal Institute of British Architects and worked in different acclaimed architecture offices across the world such as Richard Rogers, Frank Gehry and OMA prior to setting her own practice. Her award winning company, OHLAB specialises in “urban analysis and cultural research of contemporary society through design, architectural practice and urban strategy”. Since its inception, the studio has received numerous awards and recognitions, winning the 40 under 40 awards in Chicago, 2014, the WIN Awards in Retail, the same year or the Great Indoors Awards in 2013 and many others.

The MM House in Palma de Mallorca was designed according to PASSIVHAUS standards to achieve the maximum energy efficiency. In order to achieve this and to work with the low construction budget as well, the architects created a house that adapts itself to the surrounding conditions such as solar orientation, views and slope of the terrain.

In order to comply with different requirements of different living conditions, the rooms are treated as separate volumes that can be used together or independently. The four boxes containing the kitchen, the living/dining, the main bedroom and the guest bedrooms rotate on their own axis for an optimum use of natural light and heat at all times. Large openings register the best views while smaller openings on the opposite facades allow for cross ventilation. If the openings to the South are recessed behind the facade to block the Sun rays during the summer, the ones located on the Eastern and Western walls are set flush with the facade and protected with external shutters. This contributes to an optimal heat input, maximized during the winter and minimised during the summer. The garden is designed to grow low maintenance native vegetation and deciduous trees along the South of the house in order to protect it from the summer sun.

Other design implications of zero water expense and zero heating consumption include the use of a thick external insulation layer of up to 150mm and ensuring the hermeticism of the entire construction. With regards to water consumption, the rainwater collected through the pitched roofs has also proven sufficient. For this purpose, one tank holds water for irrigation and general use and the second one holds clean water for consumption.

Since its completion, the clients have reported an interior temperature between 21ºC to 24ºC at all times, even when the external temperature drops to 5º. The house has brought the office several awards such as the Best Energy efficiency project in X NAN architecture and construction awards, and the first prize at the World Architecture Festival in 2016, amongst others.

SHARE Forum, the largest event dedicated to architects, engineers, and contractors, wich takes place in the first quarter of the year, will have the following themes: environmental comfort and interior architecture, landscape architecture and infrastructure, glass in architecture, the design of glass structures and facades. The event is organized by ABplus together with the Order of the Architects from Romania. You can find information about the 4 Conference of the Forum can be found on www.share-architects.com and www.iegis.eu, www.ielaud.eu, www.ieglass.eu, www.contractor.com.ro. 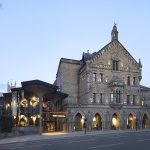 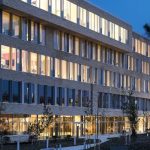 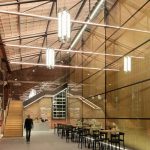